Thomas Hoving, Metropolitan Museum Director from 1967-77, enlarged the footprint of the building by adding North and South Wings. The board agreed the South Wing would be named The Michael C. Rockefeller Wing for the Art of Africa, Oceania and the Americas, and Hoving wanted to find a donor for the North Wing, to house the Temple of Dendur, which was given by the Egyptian government in thanks for the United States’ contribution towards the Aswan Dam project. Hoving had been looking for a donor for six years, and when Sackler was asked to contribute in 1973, he counted aloud to ten and said “I’ll do it, the decision only took ten seconds”. Sackler invited his brothers to join, and they did. This donation clinched the Temple of Dendur for New York, as other museums wanted it. Now it was taken apart and sent from Alexandria to Brooklyn and then to Fifth Avenue and reassembled. To mark the opening, Hoving arranged for the inaugural exhibition in the Sackler Exhibition Hall to be of the treasures found in the tomb of Tutankhamen, which was such a success it gave rise to the term “blockbuster” exhibition. Ambassador of Egypt Meguib dedicated the Temple of Dendur in September 1978, after which the Sackler Wing and Exhibition Hall opened to the public, celebrated as one of the most spacious halls in New York City.

Admission
Fee includes same-week admission to the Main Building and The Cloisters museum and gardens. There is no extra charge for entrance to exhibitions.

TONI SCOTT: DNA – BLOODLINES AND THE FAMILY OF MANKIND 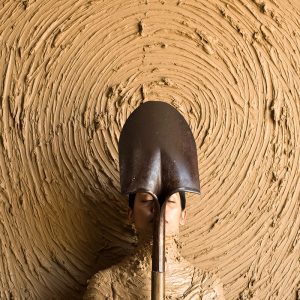